Elba, the largest island in the Tuscan archipelago, lies between the Tyrrhenian and Ligurian Seas, 20 kilometers off-shore from the town of Piombino, on the Italian mainland. In March 2008, the NATO Underwater Research Center (NURC) from La Spezia, Italy, dispatched to Elba an AUV (Autonomous Underwater Vehicle) to investigate a previously sighted wreck of a Roman merchant ship (50 BC – AD 50) sunk nearly 300 meters off shore and 65 meters deep, with a cargo of dolia (storage containers). The AUV determined the maximum extent of the site and produced a site map, resulting in the first comprehensive image with all the dolia visible on the seafloor, as well as several buried ‘anomalies’ at either end of the site that may have been amphorae stored at the bow and the stern sections of the ship.

During the field season of September 2-11, 2008, a team consisting of scientists and technicians from the Soprintendenza peri Beni Archeologici della Toscana, the Interuniversity Center for Marine Environment from Politecnico delle Marche University (ISME), the non-profit organizations Explorer Team Chimera, the firefighters and mooring men of Piombino, and ProMare, returned to excavate a test trench through the site. The divers deployed a USBL (Ultra Short Base Line) positioning system to map the site, which was determined to be 7.5 m long and 4 m wide, that the mouth of one dolium is equal to 0.74 m in diameter (including the lip), and that all the dolia openings were oriented in the same North-Eastern direction and listing to one side, as the ship itself would have been immediately after coming to rest on the seafloor. Based on the dolia types found, the merchantman most likely dates to 50 BC-AD 50, the transitional phase between the Roman Republic and the Imperial periods, when ships carrying cargoes of wine travelled to Gaul. 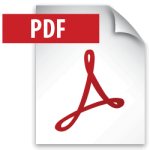