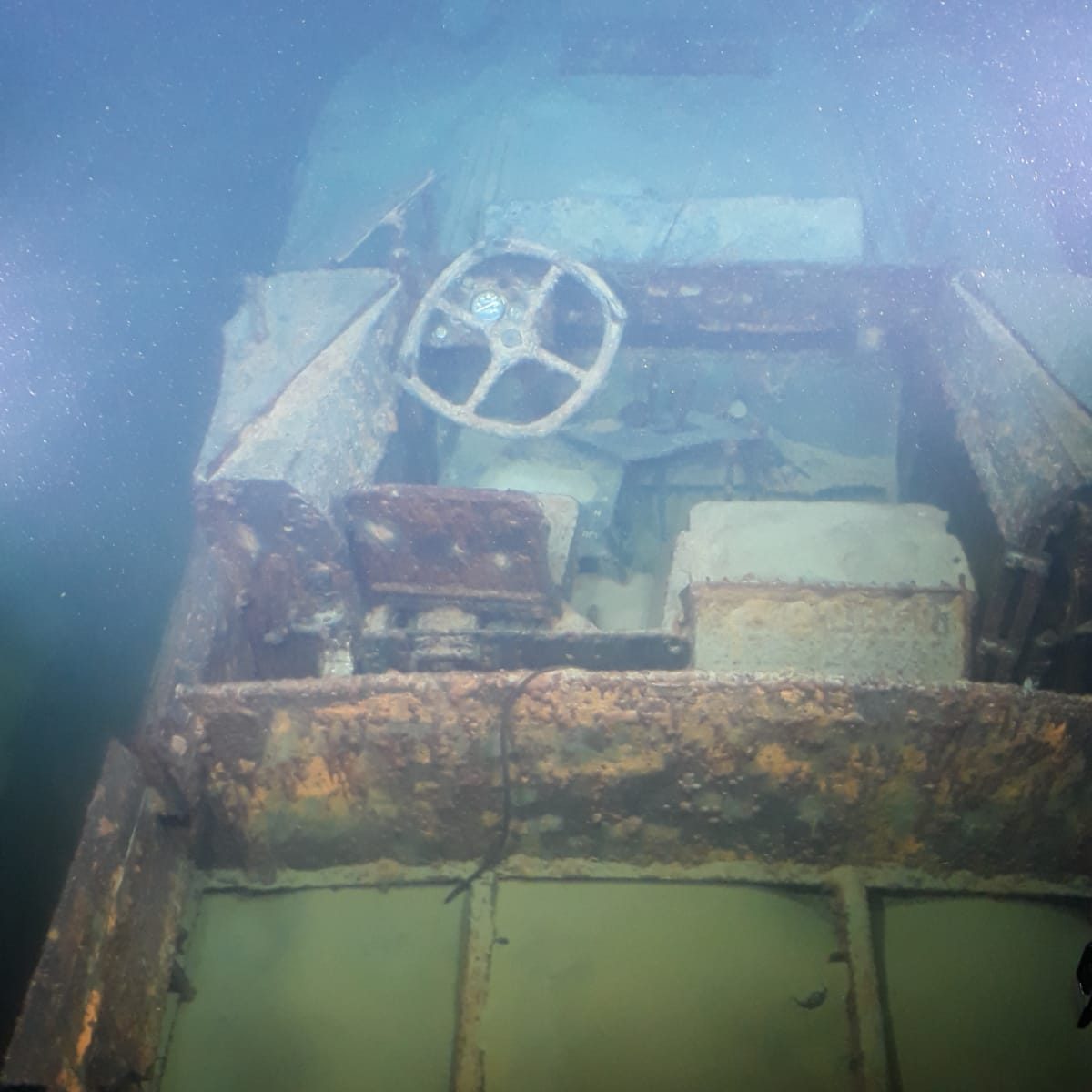 At Torbole, a tourist resort in Trentino overlooking the shores of Lake Garda, lies an American military amphibian, the “Dukw”, which ended up at the bottom of the lake on the night of April 30, 1945. It sank in the depths of the lake with 26 men on board; they all perished except Corporal Thomas Hough, who was a lifeguard in civilian life.

The amphibious vehicle was transporting munitions destined for a department of the American army stationed in Torbole, and that night, probably due to bad weather, it overturned ending up in the depths of the lake. After the war, the only survivor, Corporal Hough, told his story to the leaders of the Tenth Mountain Division of which he was a part, but never spoke to his family in detail, which discovered the complete story when it was traced by the ‘Benca Association of Nago-Torbole. In the years several attempts have been made to find the sunken amphibian. Finally, in 2012, the Garda Volunteers identified it at a depth of 276 meters after extensive research: 17 sonar sessions on an area of ​​7 square kilometers.

Brett Phaneuf, manager of Promare, a non-profit foundation that deals with marine research and exploration, will begin his work in October to head the expedition to recover the wreck, if there are conditions to proceed with the undertaking.

Last June Brett Phaneuf went to Torbole where the Benàch Association organized a meeting with the mayor of Nago-Torbole, Gianni Morandi, Luca Turrini and Mauro Fusato of the Volunteers of Garda, Giuseppe Ferrandi, president of the Foundation of the Historical Museum del Trentino and Lorenzo Baratter, provincial councilor. During the meeting the project was presented for an inspection of the wreck and to identify the most suitable period for carrying it out.

This company will employ a special electric submarine, from Spain, of the company (Iciteneu). The goal is to understand if it will be possible to recover the vehicle that has been lying on the bottom of the lake for about 73 years and look for any finds like the cannon that was on the military vehicle. The films that will be made during the recovery could also become the object of a documentary.

The recovery operations will be carried out in collaboration with the Volontari del Garda, the Fire Brigade and the nautical team of the Riva State Police.

On the initiative of the US special forces rangers, following a collection of online funds in which US donors participated, it was possible to inaugurate, in the town of Torbole, a monument that recalls the 25 soldiers dead in the lake, which, for the registers of the US Army, they are still missing in the war.[/expand] 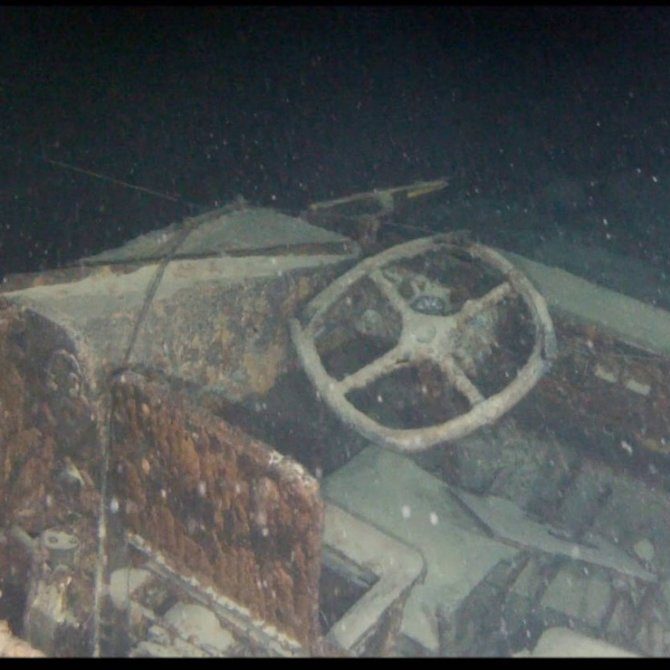 More news about the submarine dives to the DUKW site that we are currently carrying out in Lake Garda, Italy.
This expedition aims to help the local authorities with monitoring the site of the amphibious truck (DUKW) that overturned, drowning the crew of 25 US Servicemen in 1945, just days before WWII ended. The site was discovered in 2011 by a group of local divers. 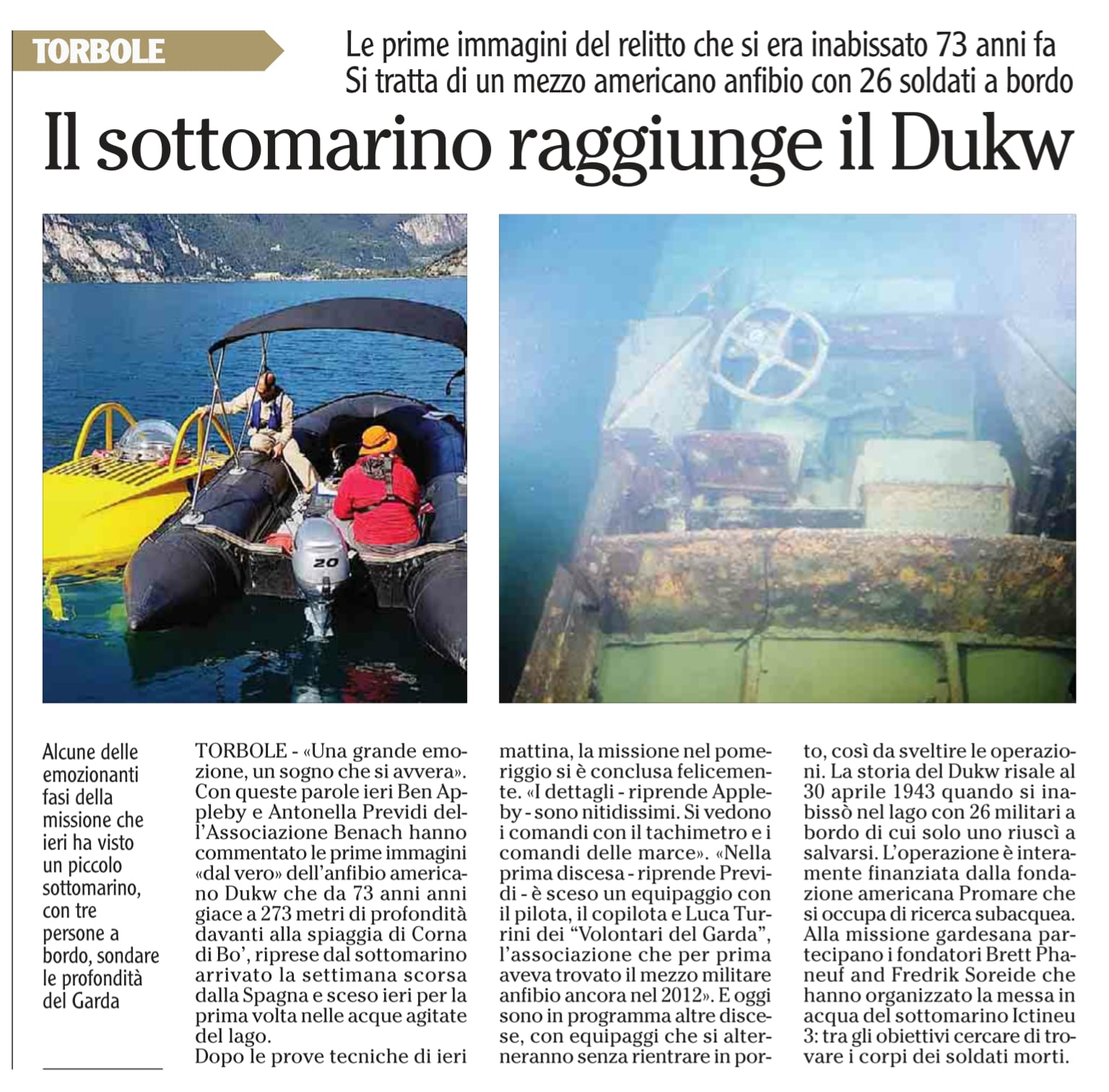 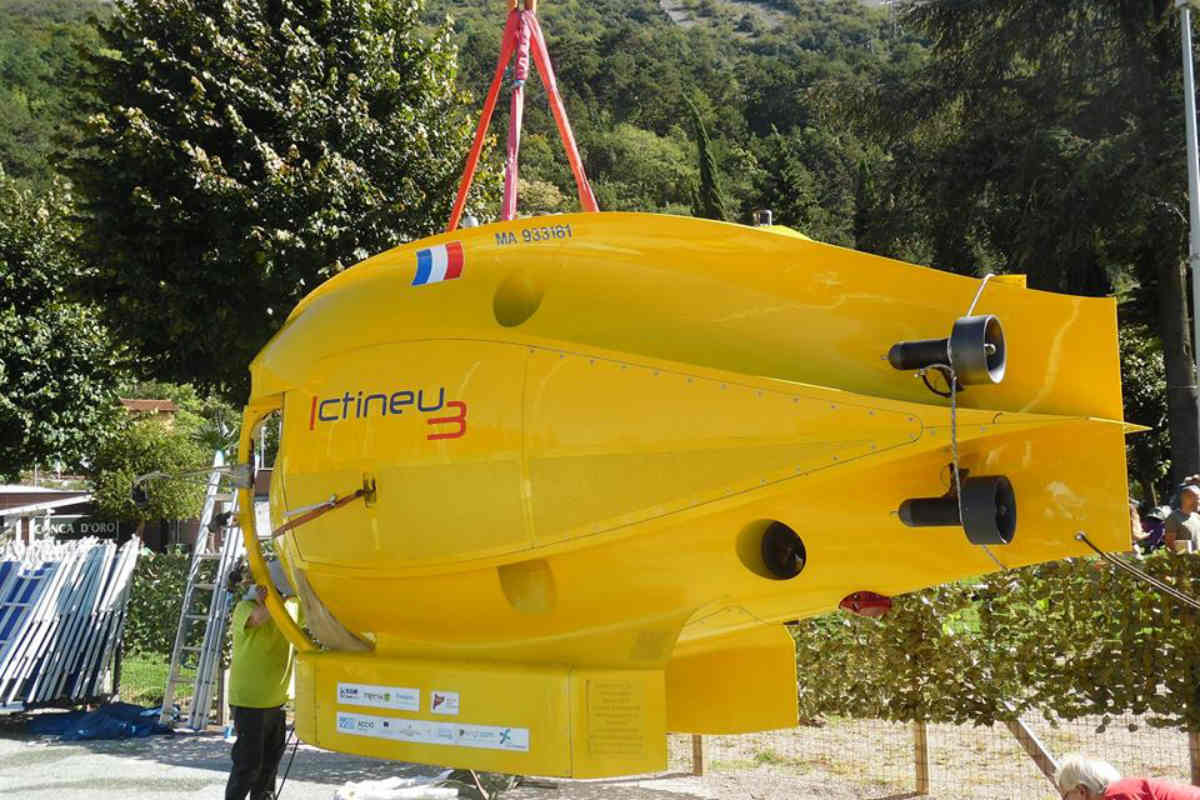 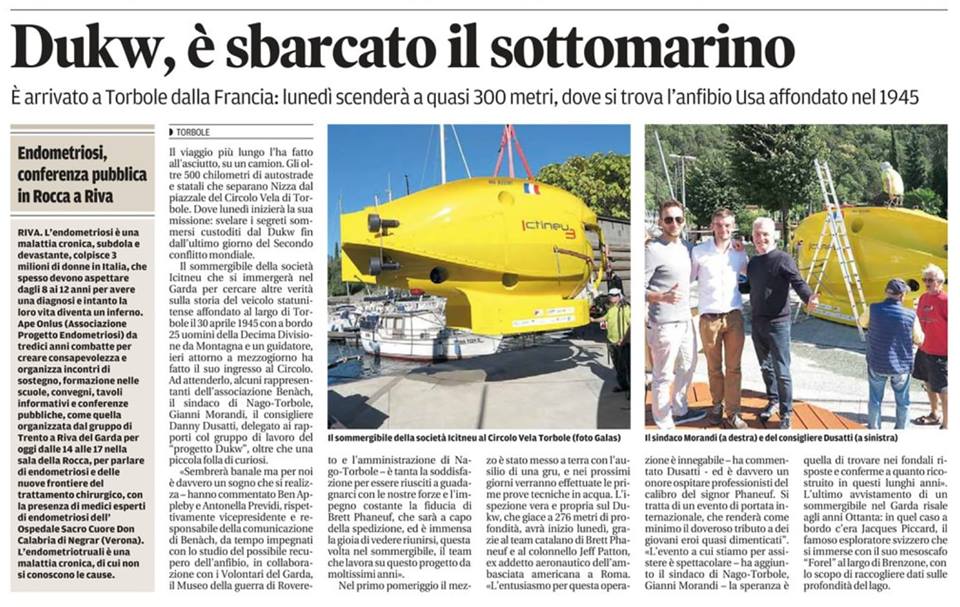 The manned #submersible ICTINEU 3 has arrived in #LakeGarda for ProMare project to assist the local authorities in their efforts to monitor and preserve a US military grave site. For more information contact @Brett Phaneuf or see our website: www.promare.org 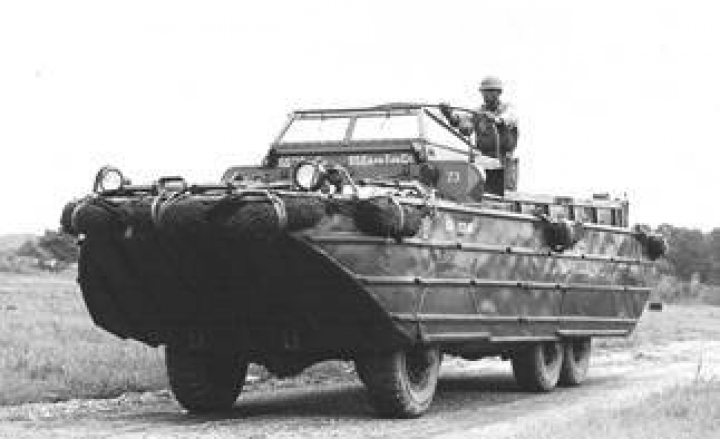 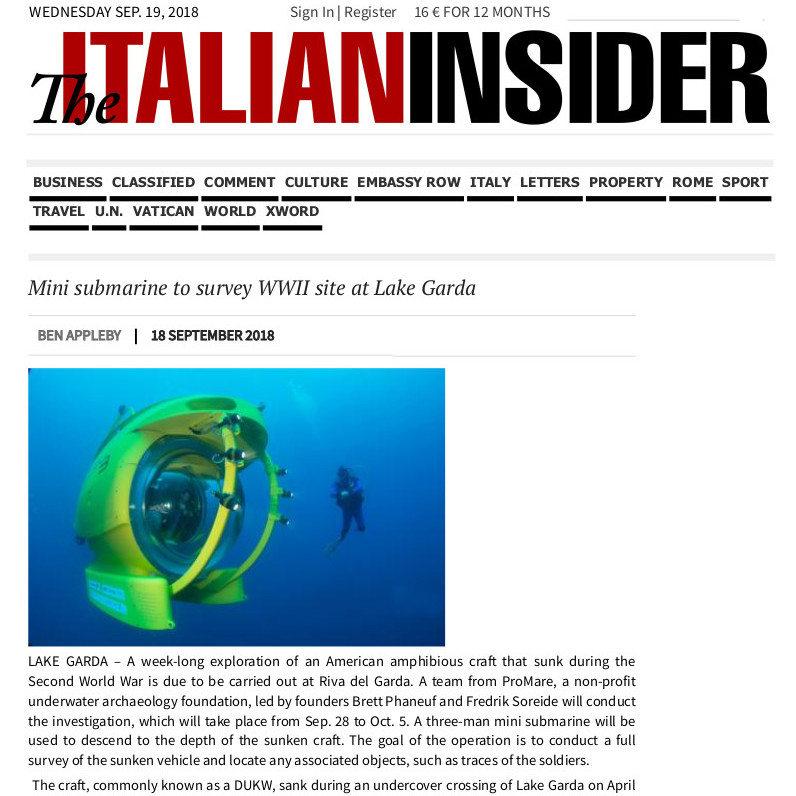 LAKE GARDA – A week-long exploration of an American amphibious craft that sunk during the Second World War is due to be carried out at Riva del Garda. A team from ProMare, a non-profit underwater archaeology foundation, led by founders Brett Phaneuf and Fredrik Soreide will conduct the investigation, which will take place from Sep. 28 to Oct. 5. A three-man mini submarine will be used to descend to the depth of the sunken craft. The goal of the operation is to conduct a full survey of the sunken vehicle and locate any associated objects, such as traces of the soldiers.