In 2002, ProMare and CNANS (Centro Nacional de Arqueologia Náutica E Subaquática) has surveyed the seafloor near Cascais in Portugal to locate the archaeological remains of the Clipper Ship Thermopylae. After only a brief survey at sea a large shipwreck was detected using a side-scan sonar. Archaeologists from CNANS have subsequently verified this sonar target as the Thermopylae, after a diving visit to the site.

Thermopylae (1868) was the second composite ship built at Walter Hood’s shipyard. The vessel had wooden planking but iron frames. Composite ships were cheaper to build and had a greater capacity for cargo. Cargo capacity would have been quite important as Thermopylae was intended for the tea and wool trades.

Thermopylae soon gained a reputation for speed. On its maiden voyage, the vessel sailed to Melbourne, Shanghai and Foochow, breaking records on each leg of the journey. Thermopylae’s greatest rival was Cutty Sark but it is uncertain which vessel was faster. The two sailed together from Shanghai in 1872 but Cutty Sark’s rudder was carried away, ending the contest.

Despite its fame as a tea clipper, Thermopylae more often sailed to Australia in the wool trade. The ship continued to make these voyages until 1890 when Thermopylae was sold to Canadian owners. In later years, Thermopylae was bought by the Portuguese Navy and renamed Pedro Nunes. The vessel was converted to a coal hulk and finally sank in 1907. 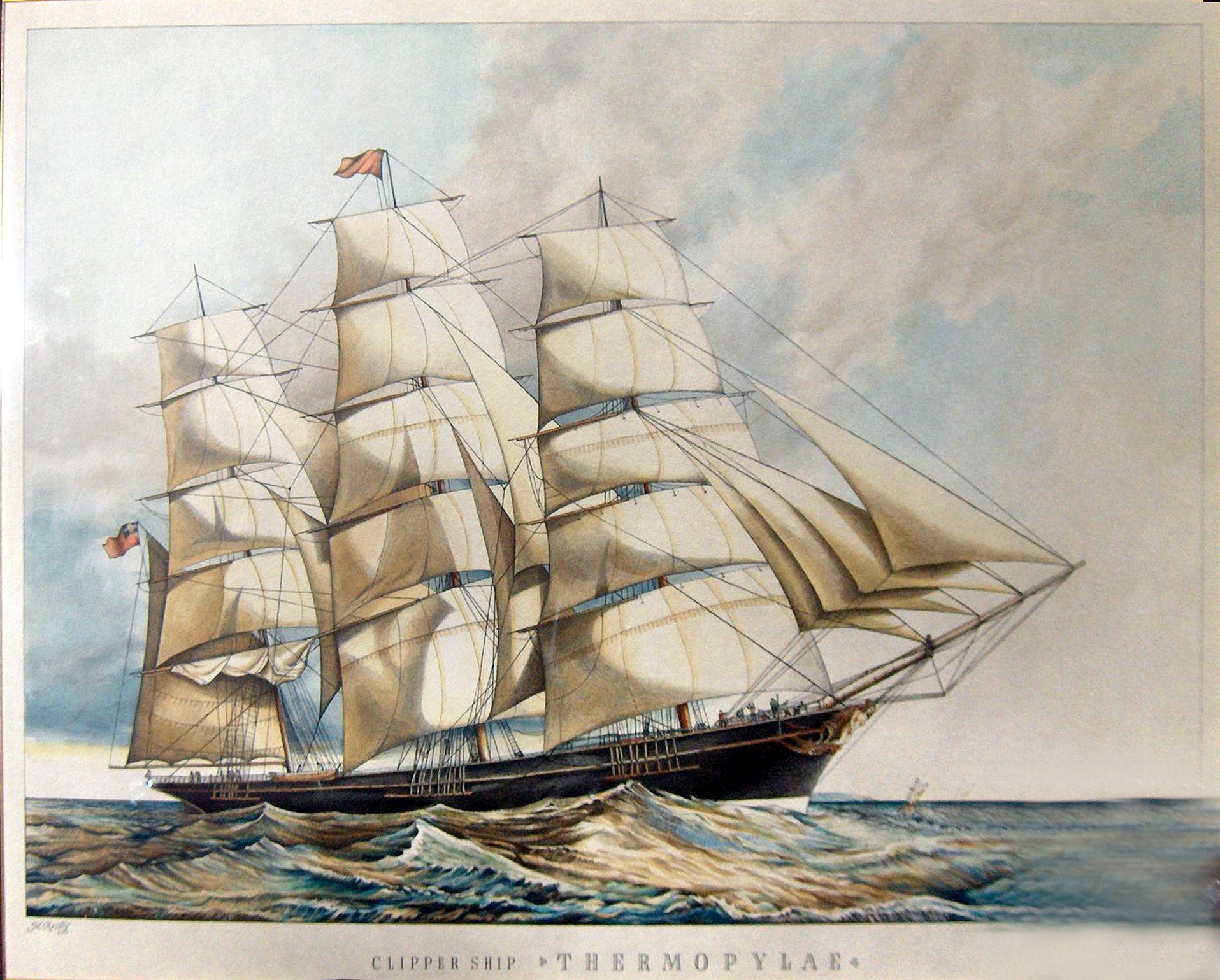